Yesterday, I had planned to take a ferry up the Bosphorous, and explore some of the settlements on the shores.  However, the manager at my hotel convinced me to join a tour cruise that was making the same trip.  While the boat was comfortable, and food was served, I think that I would have preferred making the trip on my own by ferry.  I didn’t really have much time at all to explore.  Our first stop was at a fishing/beach village all the way up by the Black Sea.  Unfortunately, we stopped in the small harbor, which was also part of the beach/swimming area, and could not walk ashore.  Stupidly, I also forgot my swim trunks on my hotel bed, so the 45-minute stop was not all that great for me.  Our next stop only lasted 15 minutes, and I just had enough time to get an ice cream, and walk around a little bit.

All in all, though, I’m glad that I made the trip, although I would have appreciated a little more freedom.  It was nice to get a sense of the city from the water.

Here are the pictures: 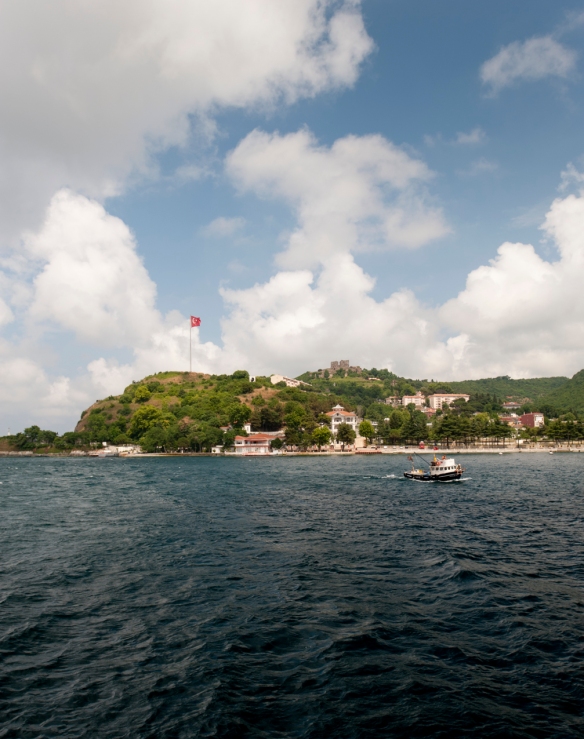 We made our all the way up to the mouth of the straight at the Black Sea. This little fishing village was close to the Black Sea, and had an old Byzantine castle overlooking on a point up above. 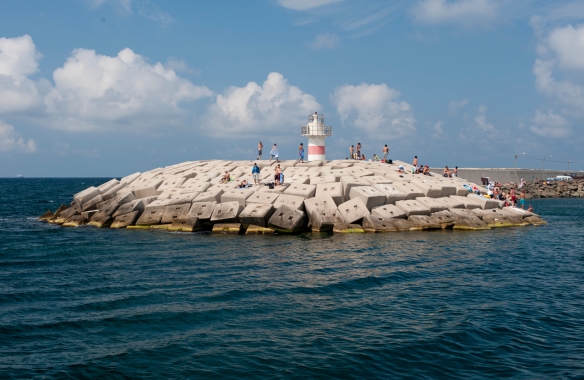 We stopped at the town pictured in the photo on the top of this post for swimming. Like an idiot, I forgot my swim trunks on my hotel bed. These people were avoiding the crowds at the beach.

I caved in, and got some ice cream at a fishing village on the asian side. This one had vanilla, chocolate, and caramel.

This little village had what seemed like one fish restaurant per inhabitant.

Right around here, on the European side, a house just sold for $120 million.

This is a famous Turkish military academy. Some names with dubious reputations graduated from here. It's a nice setting, though. 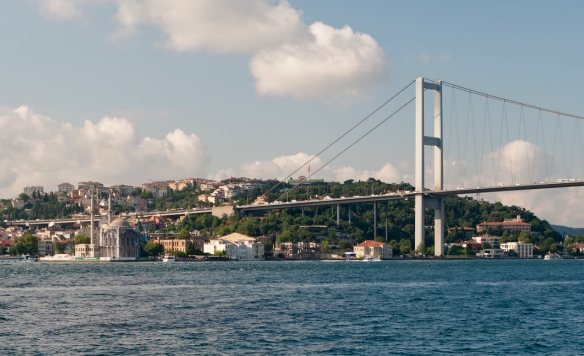 Before this bridge was built in the seventies, the only way that Istanbullus could reach the different parts of their city was by boat.

A view towards Uskudar, on the asian side

The Dolmabahce Palace, pictured here, was built in the 19th Century, and soon replaced Topkapi as the sultan's preferred residence. Ataturk ended up moving in when he took power.

The Dolmabahce Mosque became the sultan's home mosque, too.

Dinner: a lamb dish, served in a white-hot terracotta bowl. I'm not sure this was the best choice after a hot day, but it was pretty good, once it stopped boiling.

2 thoughts on “Cruising up the Bosphorous”