I’m finally back home, but I, of course, have a big post backlog, so I’ll start here, with a roundup of Padova, and an intro to Verona.

My trip to the Scrovegni Chapel was memorable, not just for Giotto’s frescoes, but also for the elaborate security and acclimatization procedures.  Before entering, we were brought into a sealed glass anteroom, in groups of twenty-five, to watch a fifteen minute video about the chapel, during which we were acclimated to the interior environment.  Once inside, it was fascinating to see the frescoes that I had only seen in photos in person.  I was surprised at how large they seemed.  I found Giotto’s depiction of hell to be the most exciting aspect of the chapel, which certainly seemed more exciting than heaven, which seemed really boring.  Needless to say, photos were strictly prohibited.

I’m also throwing in some images of the opera in Verona.  I had the pleasure of seeing Rossini’s Barber of Seville performed in the ancient arena.

Here are the photos: 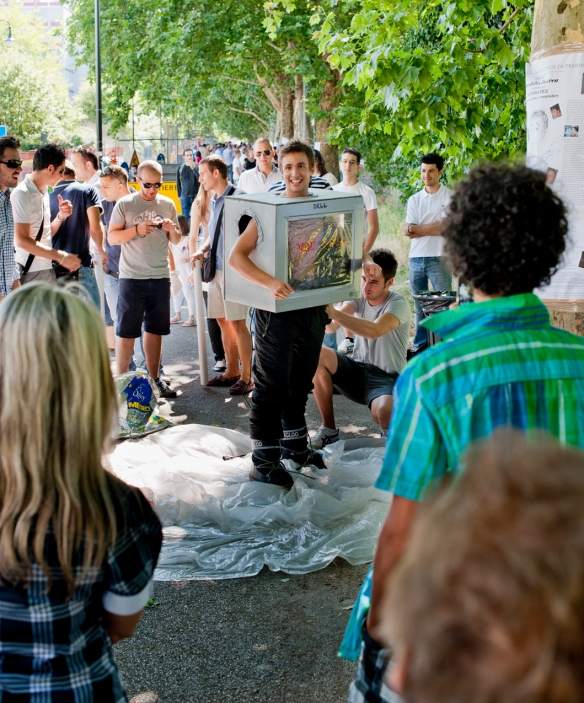 I arrived in Padova in the middle of doctoral dissertation defenses. Once candidates have successfully defended their dissertations, they are subjected to public ridicule by their friends and family in the form of mock defenses along the river. Usually, they are forced to dress in funny costumes, and take embarrassing questions from the audience. Frequently, the crowd breaks out in a song that goes something like this: "Dottore, Dottore! Something and a something, and a so-o-omething!"

After visiting the Scrovegni Chapel, I took a walk next door to the Eremitanii Church, which featured some frescoes by Mantegna that were destroyed during World Ware II. Restorers have pieced them together tiny bit by tiny bit over the past fifty years, in what must be considered one of the world's most difficult jigsaw puzzles. 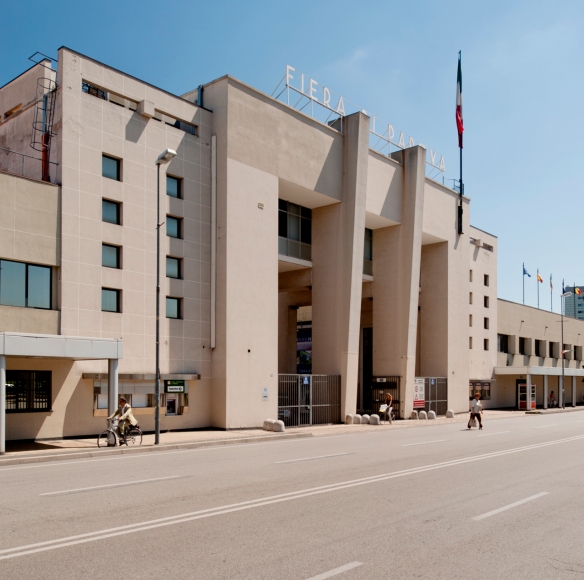 Padova still has its fair share of Mussolini-era architecture.

Pasta all'amatriciana (salty pork and other stuff in tomato sauce), with some nice shaved parmigiana reggiano. 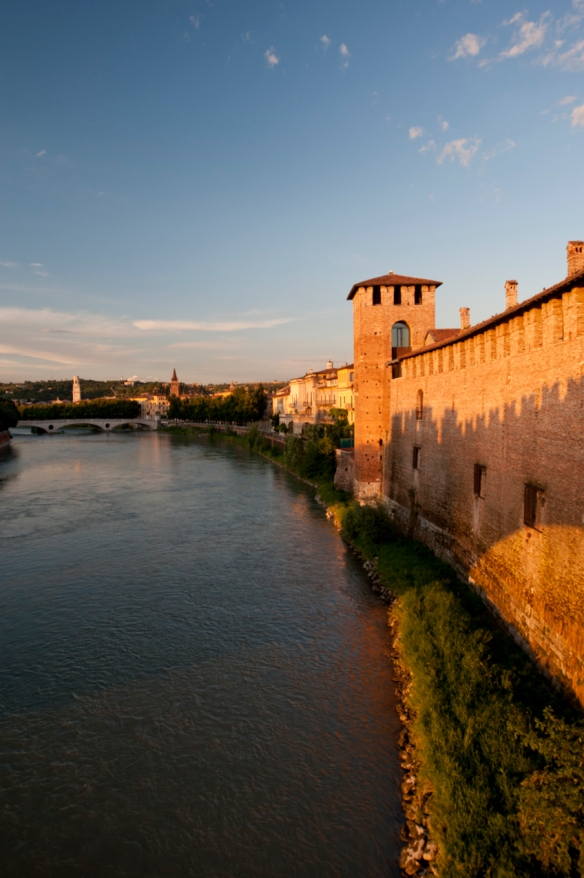 A view up the Adige River in Verona, with the Castelvecchio on the right.

The Castelvecchio bridge was bombed by the Germans as they retreated, but was rebuilt shortly thereafter. 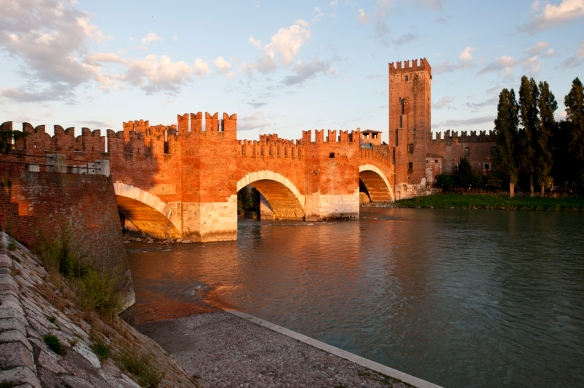 The Castelvecchio, of which I'll have plenty of photos in the next post, glows in the evening. First built in 1354, Carlo Scarpa renovated it in the 1960s.

Although I had a nosebleed seat, and a view obstructed by a pole that held an exit sign, it was still a pretty great experience to be there.

Operas begin just after sunset, around 9:15, and the tradition is for the audience to light candles at the beginning of the performance. Neither I, nor anyone else in my section, was given one of these candles.

The opera, the Barber of Seville, by Rossini, was performed with no artificial amplification. Despite my cheap seat, I was surprisingly able to hear everything with ease. Most people would recognize the arias from any kind of exposure to TV advertisements or old cartoons. 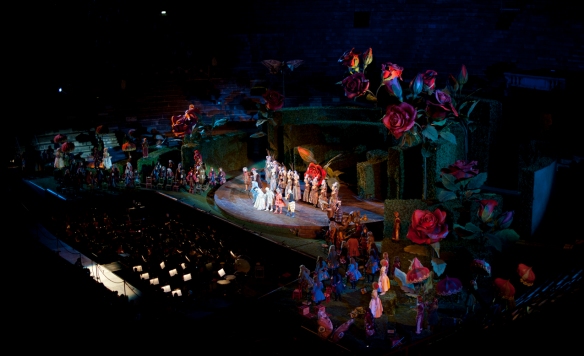 The opera didn't finish until around 12:30, and by that time, the marble ledge on which I was sitting had become more than a little uncomfortable. That did not prevent me from dozing off for a few minutes in the second act.

4 thoughts on “From Frescoes to Opera”