After some incredible days in the Vaucluse hills, we headed to Aix-en-Provence.  To be honest, it was tough to get used to being in a city after the countryside.  We did some exploring around town, but were excited to head to Chateauneuf-du-Pape for a tour of some wineries there.

For those that don’t know, Chateauneuf-du-Pape, refers to both a town and a wine. The name translates to “the pope’s new castle,” and when the popes decided to move the church headquarters to Avignon, which is nearby, they built a summer home on the top of a hill here.  The wine is a controlled appellation, meaning that in order for any wine to bear the name “Chateauneuf,” it has to be grown and bottled here, and has to follow certain production standards.  Every bottle of it contains 13 varieties of grapes, but the most prominent are grenache and syrah.  Wine grown just down the street cannot get the name, and is usually classified as Cotes-du-Rhone (as long as it follows the standards for that appellation).  It may be confusing for Americans, who are used to ordering wine by the grape, not the region, but here it is a way of insuring that certain standards are maintained, and, basically, branding.    One of the most important elements that makes the wine so special here is the soil, which is covered in large river rocks, deposited by the Rhone River thousands of years ago.  They are large, eggplant-sized rocks that sit on the top of the soil, and help to insulate the roots.  Obviously, the climate is pretty important, too.

Here are the photos: 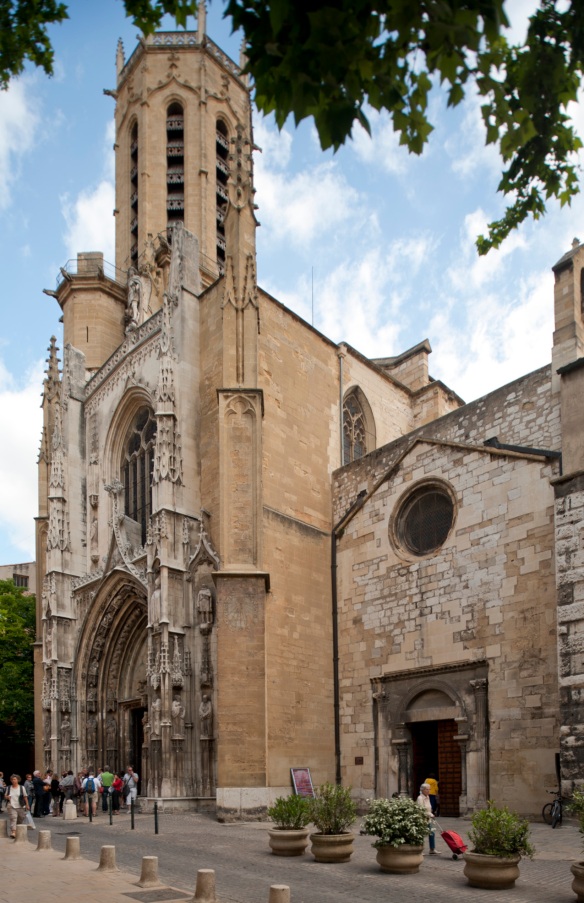 Aix’s cathedral, Saint-Saveur, is an amazing mix of a wide variety of styles, and was built over the course of almost two thousand years. 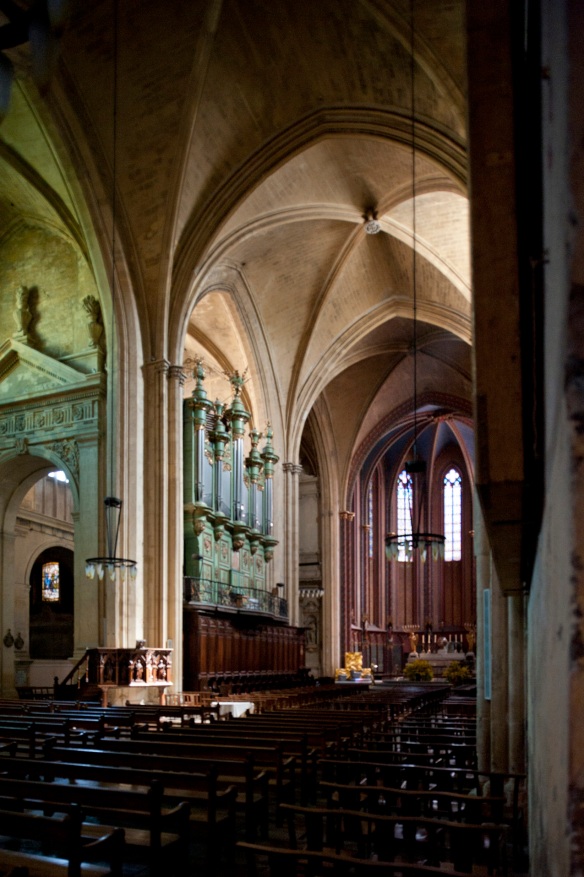 On the interior of Saint-Saveur, it is possible to see just about all of the eras of European architecture, up until the 19th Century, come together in one place. There are a couple of holes in the floor where visitors can look down on the ruins of the roman forum underneath. 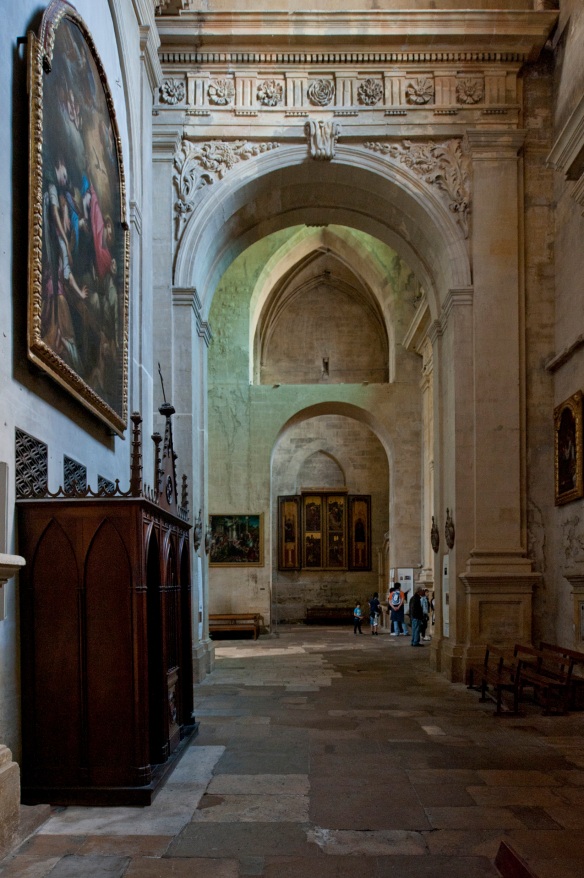 In the side aisles, the contrast of styles is most evident. The succession of arches leads from baroque, to gothic, to romanesque. 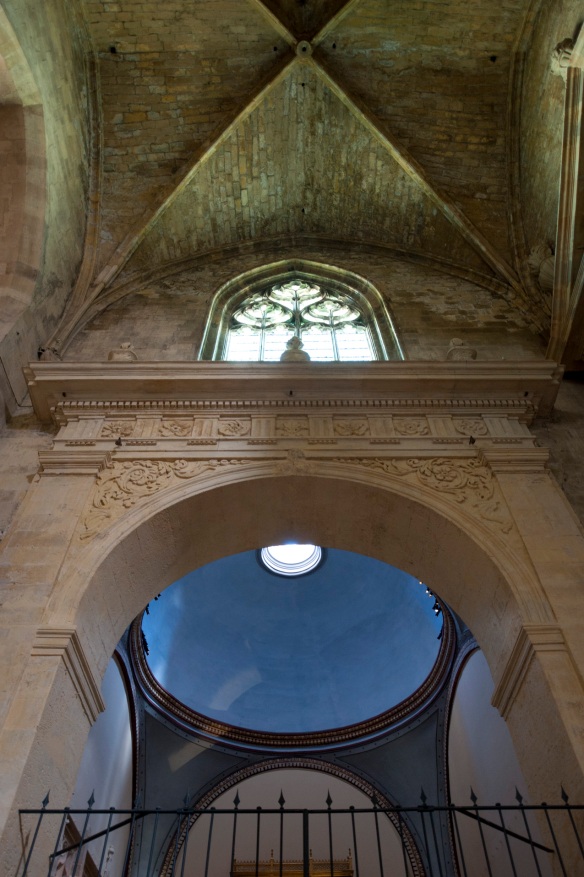 The history of architecture coming together in one place. 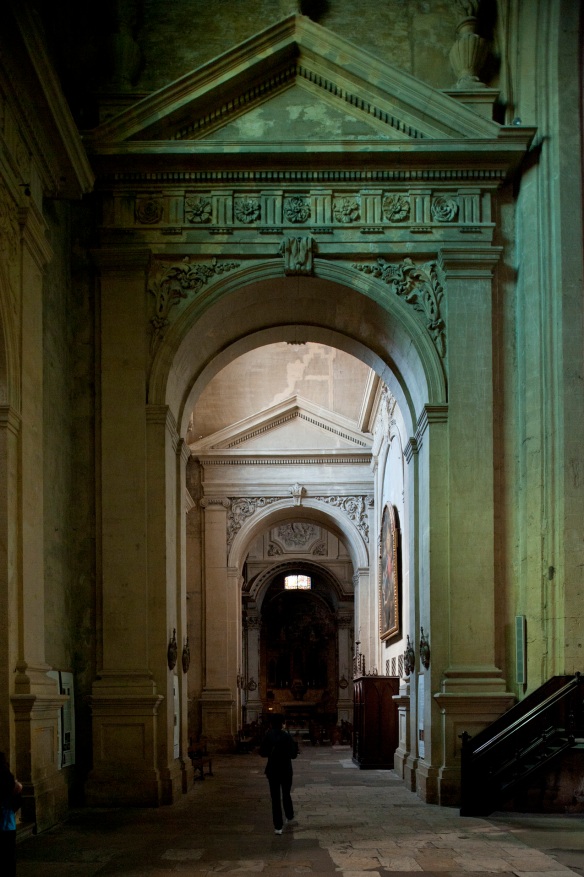 None of the elements really match here, which is what I found so interesting about this church. It stands as a real counter-argument to that made on a lot of American college campuses, that consistency of pseudo-historical style must be preserved regardless of the era when it was built. 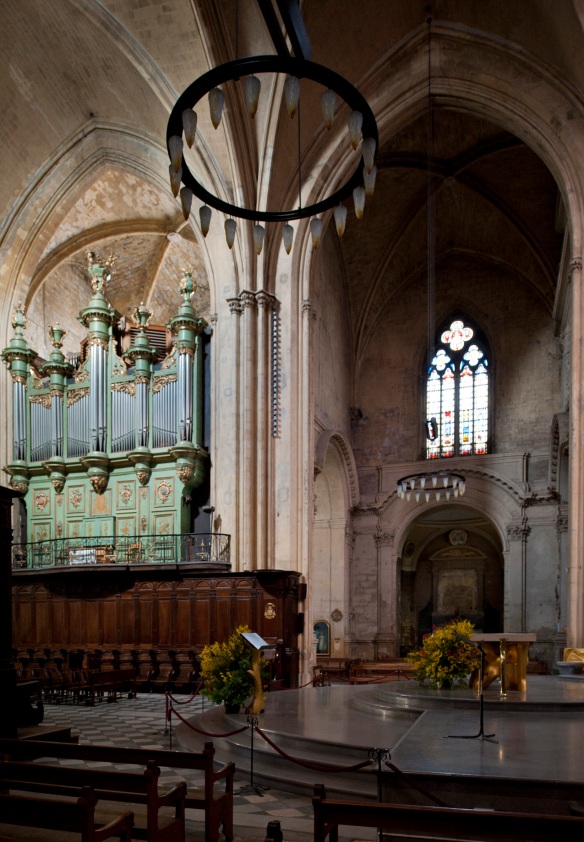 The altarpieces were even somewhat modern, and looked like they were supported by a Henry Moore sculpture. 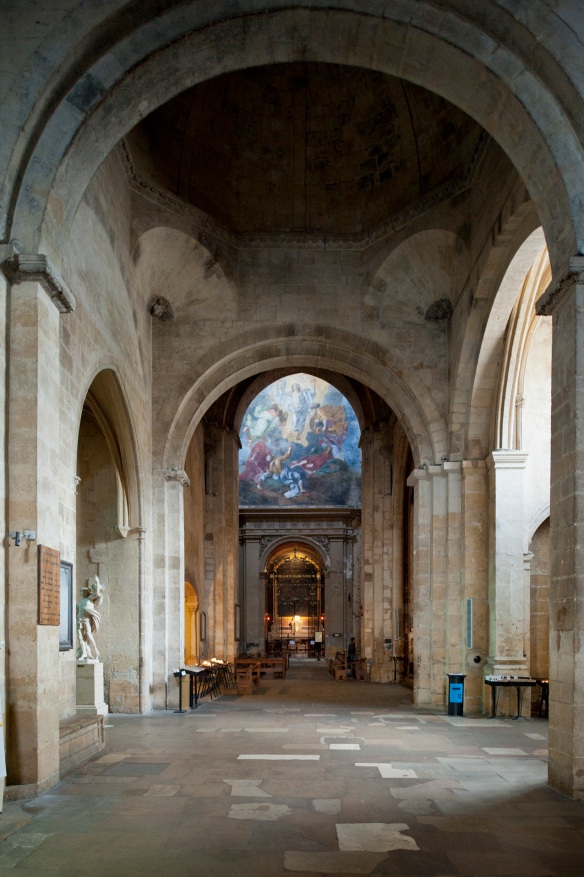 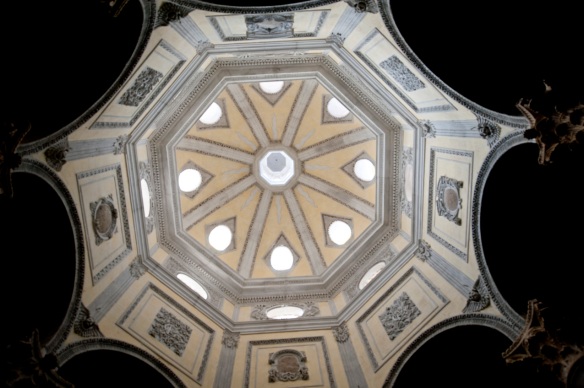 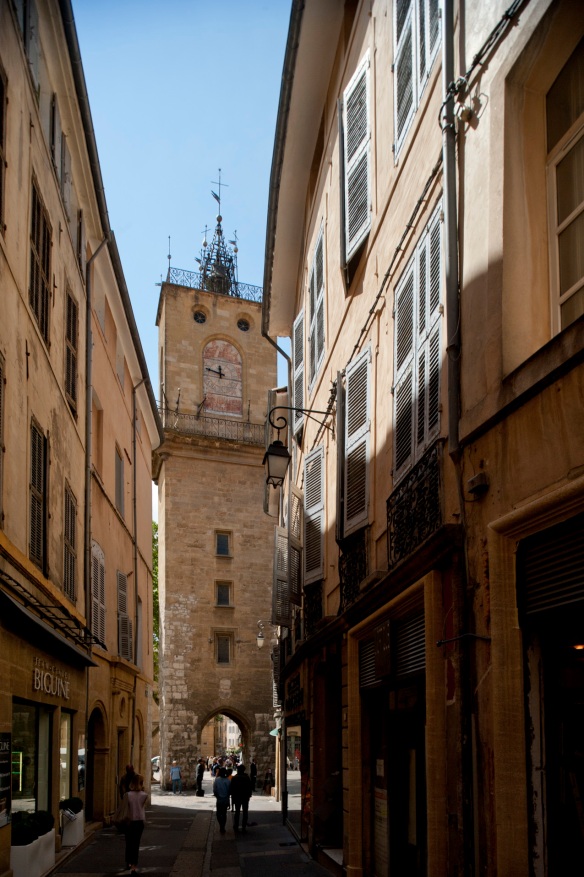 A view towards the Aix city hall. 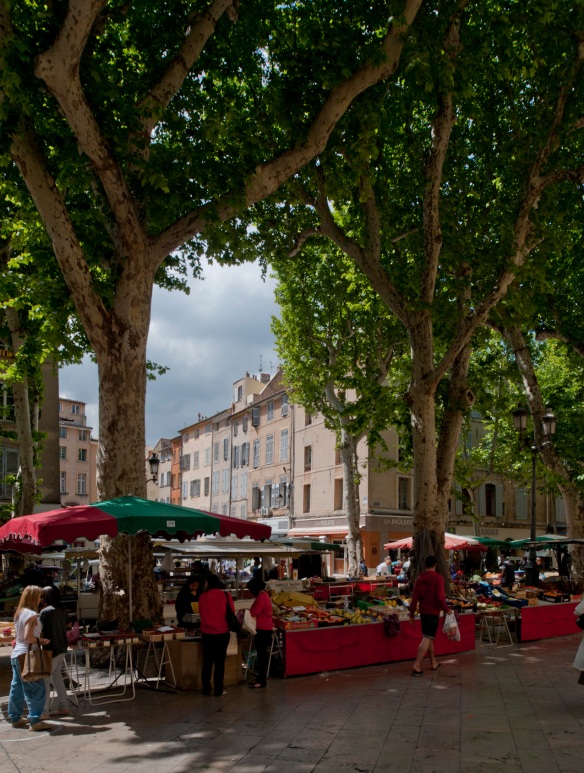 A market is set up on one of the squares just about every day. We got some great strawberries and apricots here. 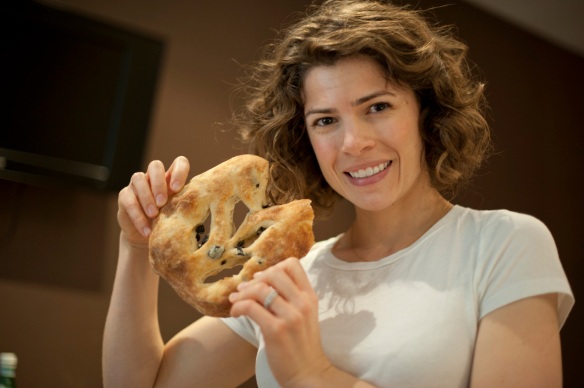 Elizabeth shows off the local bread specialty of Aix. This one has olives, but some of them are made with bacon, tomatoes, or other local goods.  We stocked up on snacks before heading out to Chateauneuf-du-Pape to tour some of the vineyards. 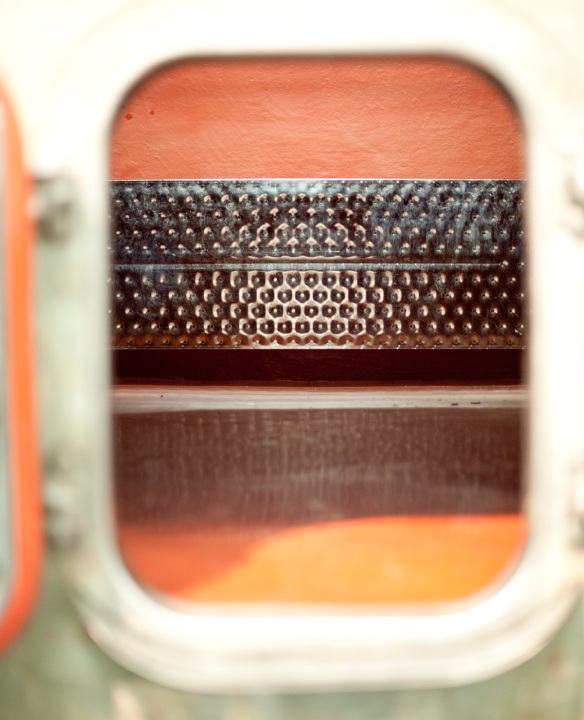 The interior of a fermentation tank. Everything was state of the art in these parts. 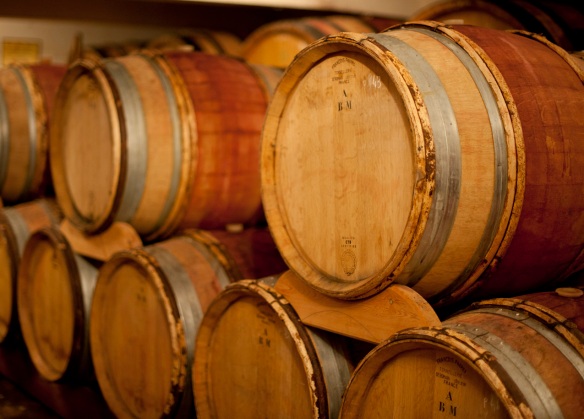 Chateauneuf wine is aged in oak barrels like these. The coopers give each barrel a distinctive characteristic. These were stained in their mid-section. 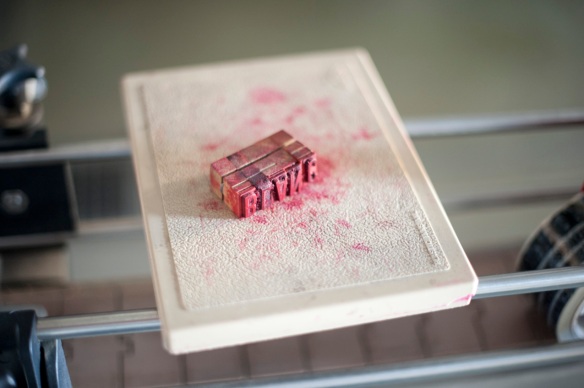 The wineries don’t really care to deal much with tourists, so they have “self-guided tours,” meaning that visitors are free to walk around wherever they want. In the bottling room, we found all sorts of stuff, like this stamp, which is used to label the white wine. 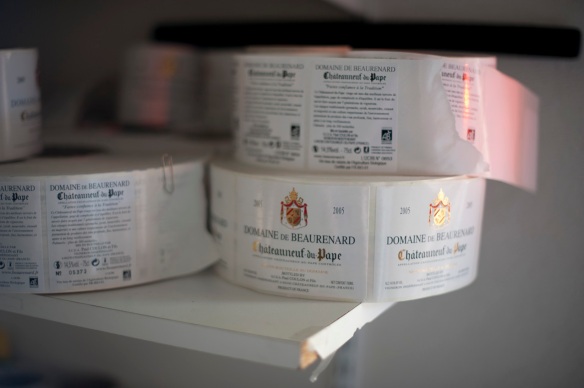 The labels were also left out in the deserted bottling room. These are from a wine that Robert Parker gave a 98. 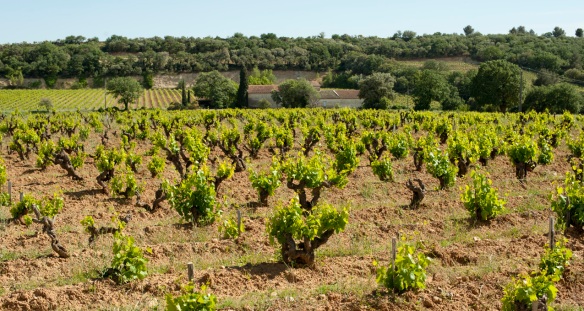 At another Chateauneuf vineyard, we took a look at the 110-year old vines that have survived a tremendous amount of turmoil since they were planted.   You can see some of the river rocks on the tops of the beds. 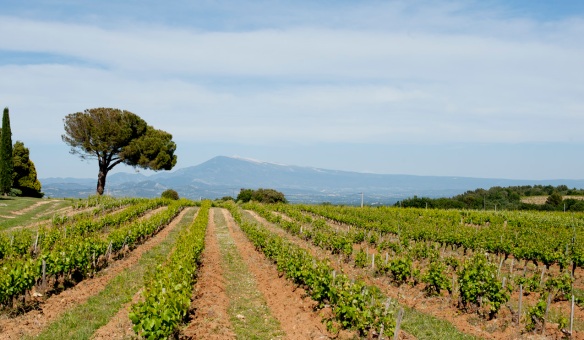 A view across the vineyard to Mont Ventoux, which you might recognize from yesterday’s post (probably not, though). It has been the scene for many dramatic Tour de France hilltop finishes. 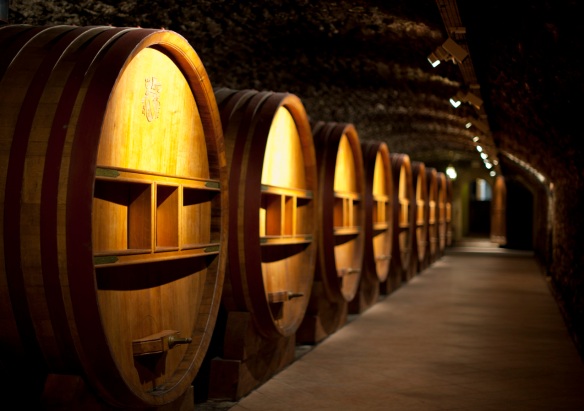 In this winery, the barrels were dramatically lit to inspire awe. 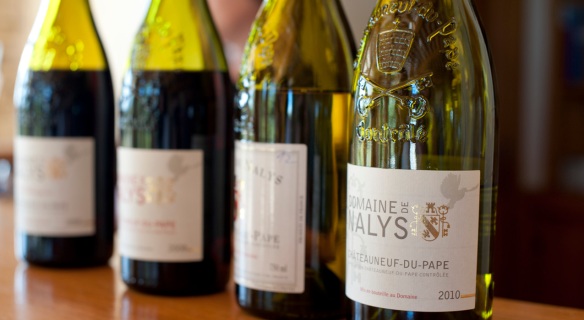 We ended up picking up two bottles to somehow bring home. 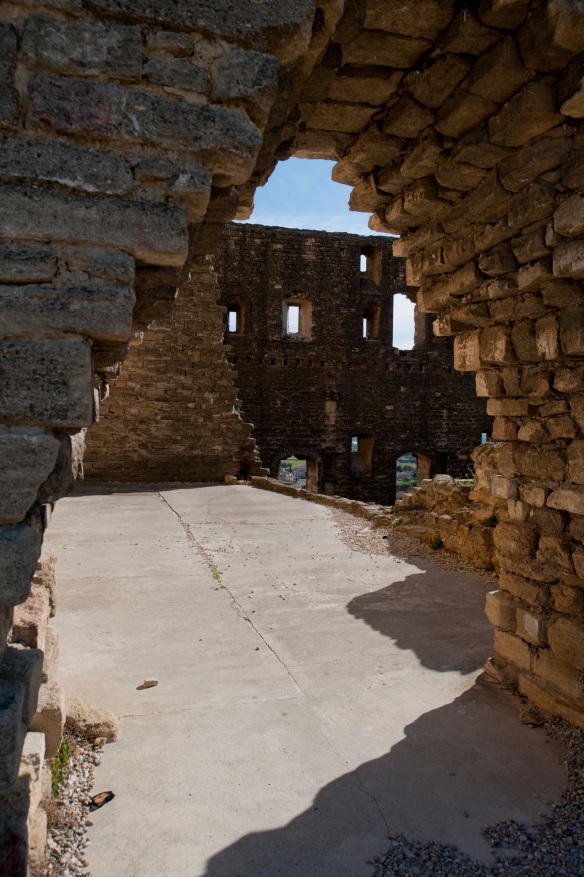 There is nothing left of the pope’s new summer castle but some ruins at the crest of the hill. 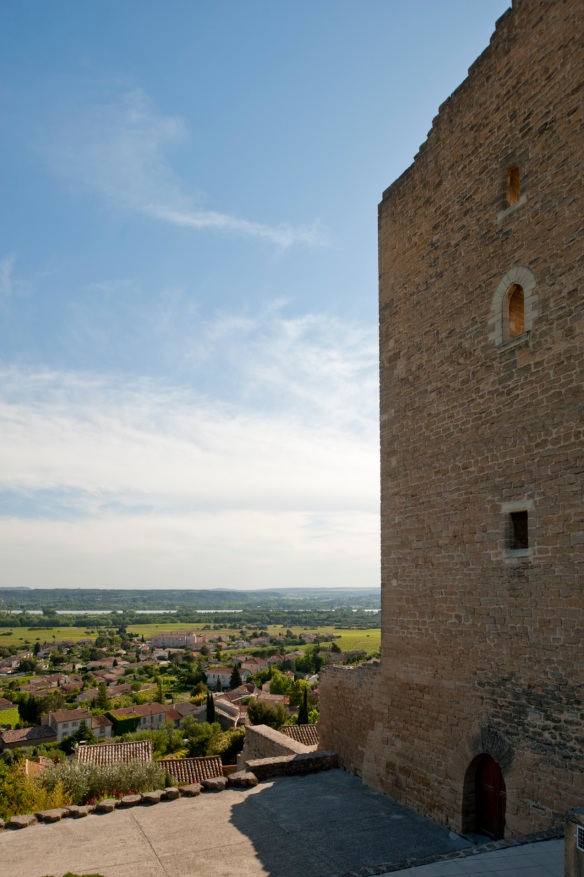 The pope had a great view over the surrounding countryside. That’s the Rhone River in the distance.

The Rhone stretches towards Lyon, which would be our destination after Aix. 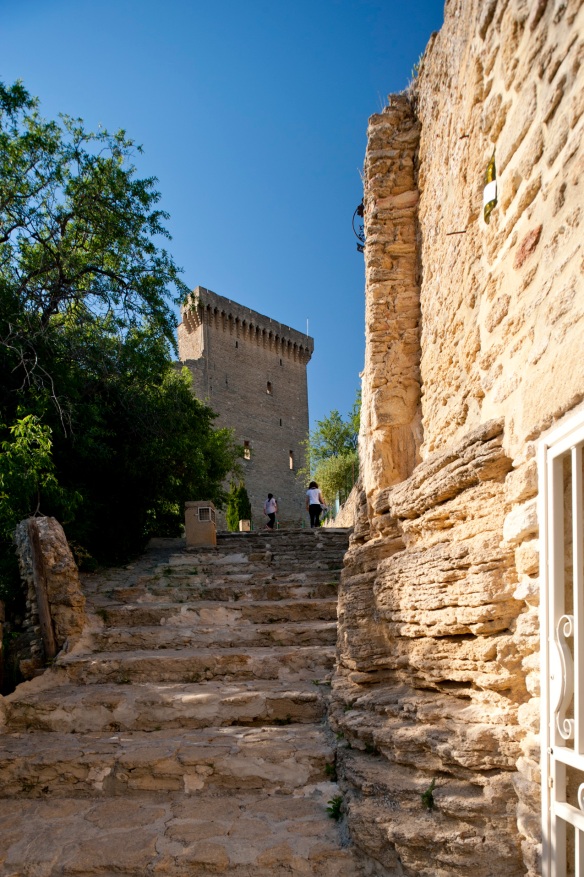 From some angles, Chateauneuf still looks like a pretty formidable castle. 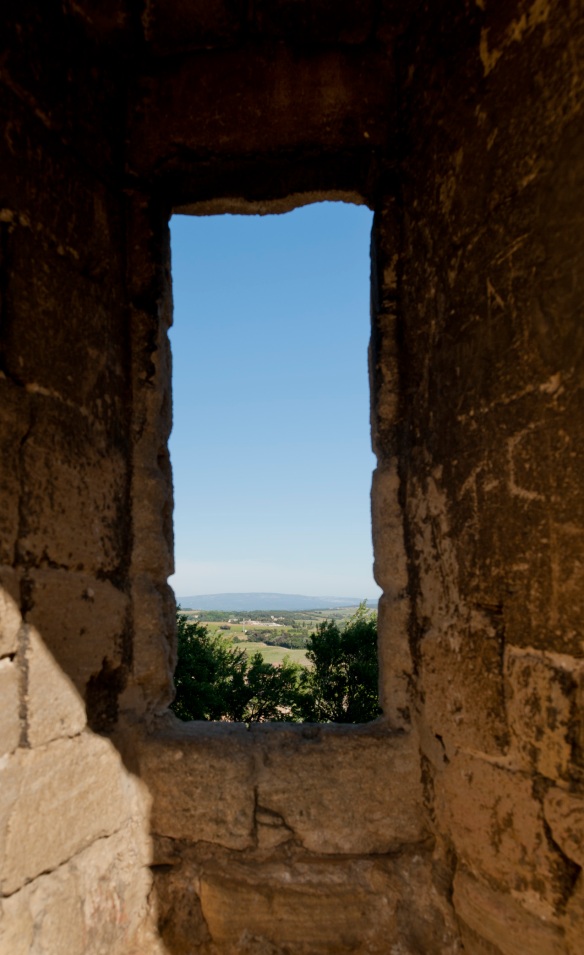 From other angles, it doesn’t look too imposing.

This is some of the most valuable farmland in the world. In order to be called Chateauneuf, the wine has to be grown here, in just 9,300 acres. It must also be grown on land that is arid enough to support lavender and thyme. In the distance, Mont Ventoux still looms.

We had a great dinner in Aix that evening, which started with this amuse bouche. 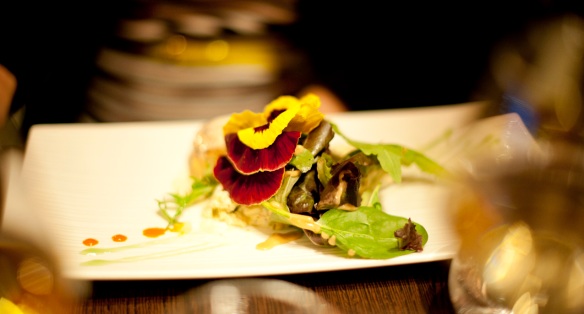 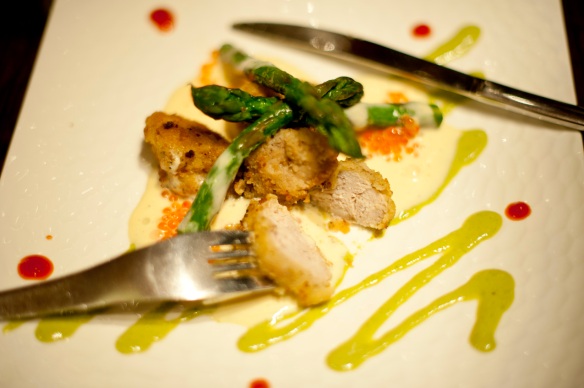 I started out with lamb sweetbreads, which were surprisingly delicious and tender. 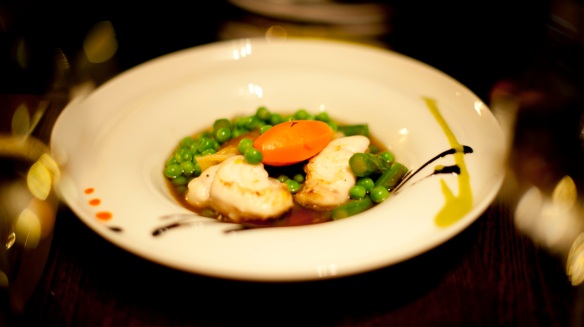 We each had fish courses. I can’t remember what type of fish this was. 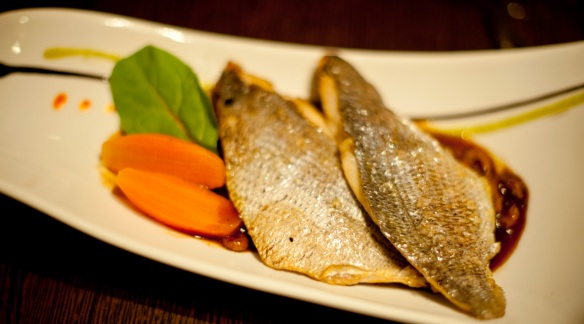 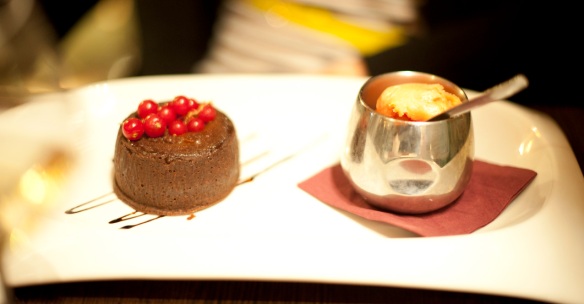 Elizabeth went for the chocolate souffle. 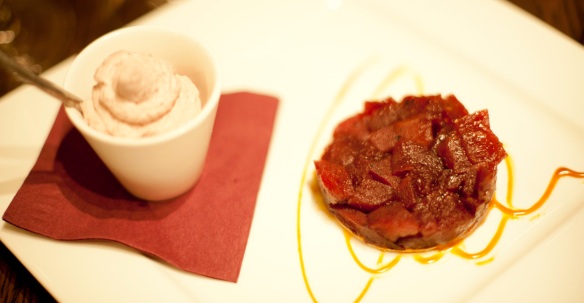 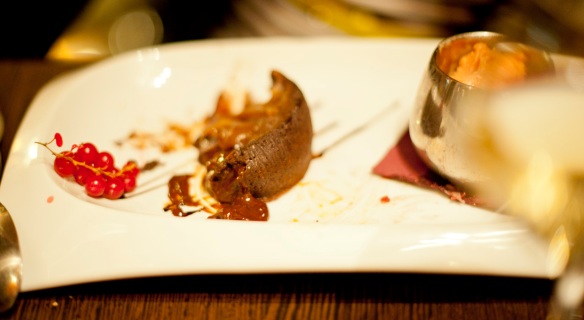 The chocolate souffle was the real star of the meal.

3 thoughts on “Churches, Popes, and Wine”