Hello again from Zhangye.  I had an incredible day today visiting Mati Si, a site up in the foothills of the mountains where there is a large temple built into the side of a cliff, and hiking around the mountains nearby.  The hour and a half bus ride to the small village at the base of the site was almost worth the price of admission.  I passed from the fertile oasis and farmland of Zhangye through desert, with ruins of ancient forts, and up into breathtaking mountains.  Of course, the bus was moving too fast on ridiculously bumpy roads for me to take any photos.

If I had a choice between seeing Mati Si, or seeing the Terracotta Warriors, I would pick Mati Si in a heartbeat.  Although there is a little tourist village with annoying hawkers in the valley below, and the price of admission and transportation make the excursion a little steep, it was well worth it.  Other than a family who kept following me around to get some snapshots of me for their vacation album, and a really persistent Tibetan woman who insisted that I ride her horse, I didn’t see anyone on the trails at all (there were probably a dozen people in the temple).

It’s been an exhausting day, so I’ll let the pictures do the talking.  By the way, for those loyal readers who did not know this already, you can click on any of the photos to make them larger (this may come in handy with yesterday’s Great/Wimpy Wall photo). 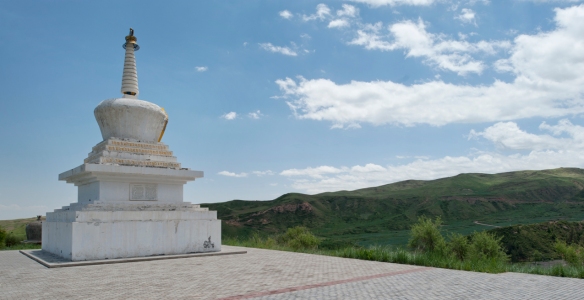 A stupa with a view

Somewhere in the distance is Zhangye. The nice thing about hiking in this climate, beyond the fact that you have a view at every step, is that it's pretty hard to get lost.

Built between 317 and 420, the temple consists of rooms that are scattered over seven stories, and connected by tunnel-like staircases and passages.

I discovered today that I'm claustrophobic. Climbing up through these narrow passages with four-foot ceilings and two-foot risers on my hands and knees was one of the most terrifying experiences of my life. It probably didn't help that once I got up to the rooms, with their generous 6-foot ceilings, they were filled with incense. I'm glad I made it up to the top without passing out. I was certainly out of breath and feeling more than a little dizzy. All I could think about after passing through each narrow passage was that I would have to do it again on the way down.

A quick moment for air while making the assent through the complex. You can make out the stupa in the background. 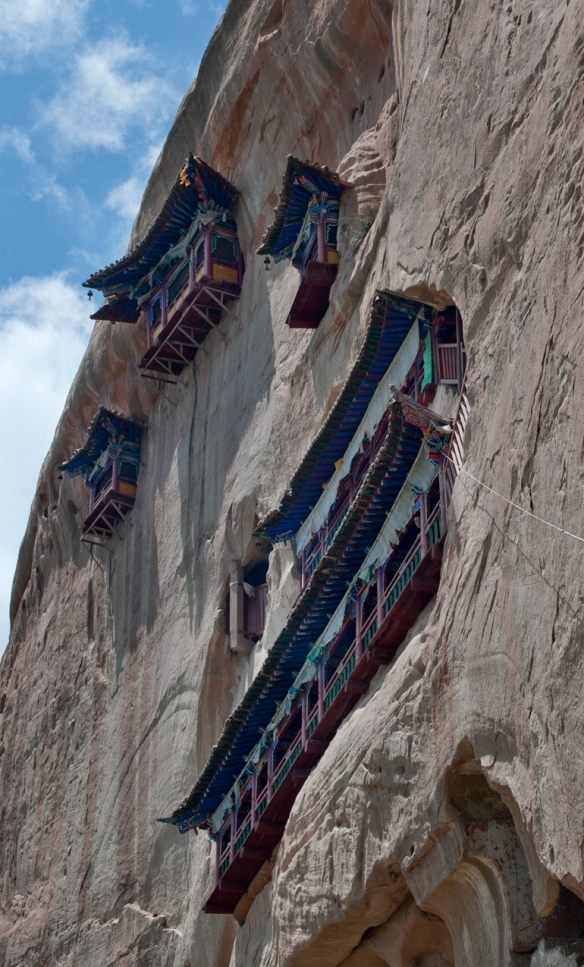 Alive at the base again

There are 1000 grottoes carved into these cliffs. At one time, they all contained Buddha statues.

On the other side of these mountains is the Tibetan Plateau.

This looks a little more rugged than New England.

This was the most giddy family that I have ever met. They saw me sketching high on a ridge from below, and kept calling out to me, "Hallo! Hallo!" They then ran up the hill so that they could take pictures with me, laughing hysterically the whole time. 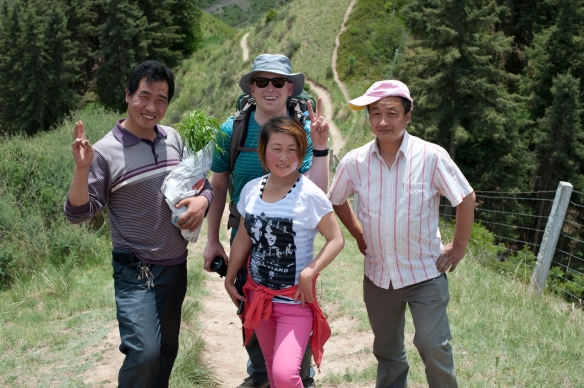 One of many rounds of family portraits that we had to go through. I wonder how many family albums will include photos of me when this trip is over. Shortly after this photo was taken, the man on the left lost his footing and slid about twenty feet down the mountain, much to the delight of his party.

The family soon found a "Sound of Music" photo op in a meadow of wild irises. 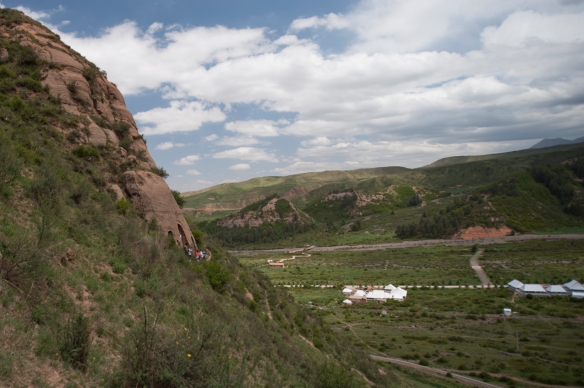 Here they are again, taking turns posing as the Buddha in some of the grottoes.

It's now becoming a tradition for me to post an image of my dinner. This was soup with noodles, some kind of meat, mushrooms, green onion, tofu, and chinese broccoli.