Another day in Samarkand, and I still haven’t seen all that I want to see.  This is partly due to the fact that I got a little lost in the Old Town, thanks to a worthless map, and to the fact that Uzbeks don’t seem to like street signs.  I ended up walking about four miles in the blazing sun before I finally found the ruins for which I was looking.  I had taken a wrong turn somewhere, and ended up taking the longest route possible.

I’ll keep the text short here, and skip right to the photos (click to enlarge):

This is the entrance to Timur's mausoleum, where he and his successors are buried. 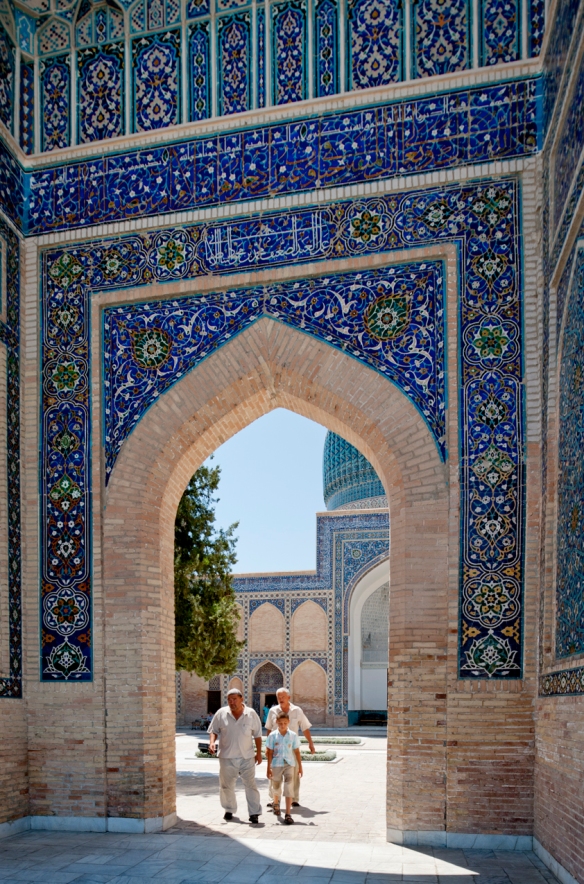 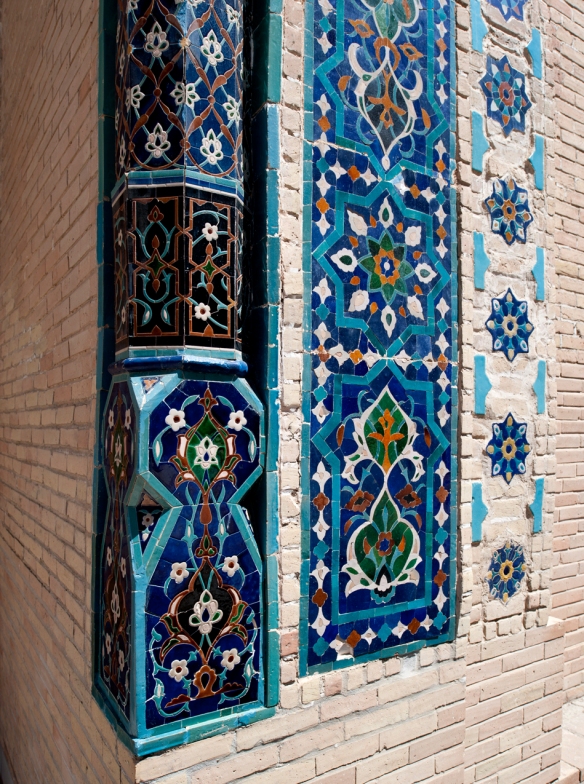 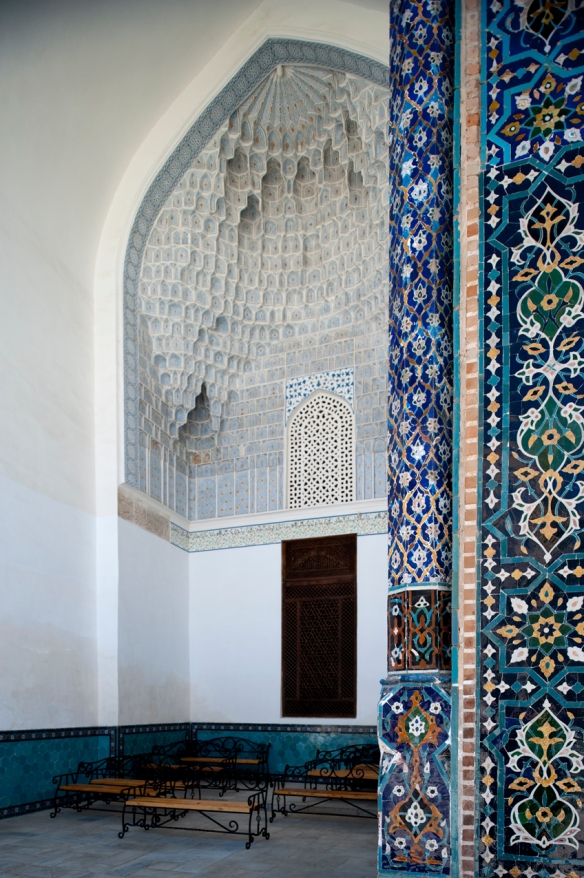 I really appreciate the contrast of the white, set off form the vivid tiles.

The doors are some of the most detailed pieces.

Another stunning interior, inlaid with plenty of gold 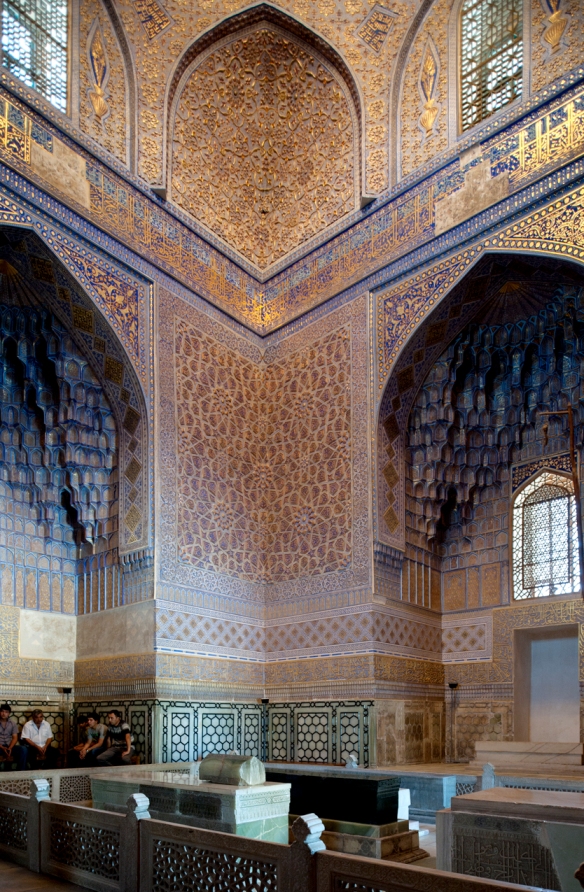 Timur's monument is the one with the simple, but huge jade stone on top, which was broken by a persian ruler who then ran into a spell of exceedingly bad luck.

Off to the side of the mausoleum is a portion that is in ruins.

This enormous arch is part of the ruined section.

This is one of the oldest structures in Samarkand, dating from around 1380. Chinggis Khan annihilated the ancient city in 1220.

I walked about four miles to get to this ruin. Was it worth it? Probably not.

The intricacy of the interior can still be seen.

One can imagine this grand gate when it was still complete. 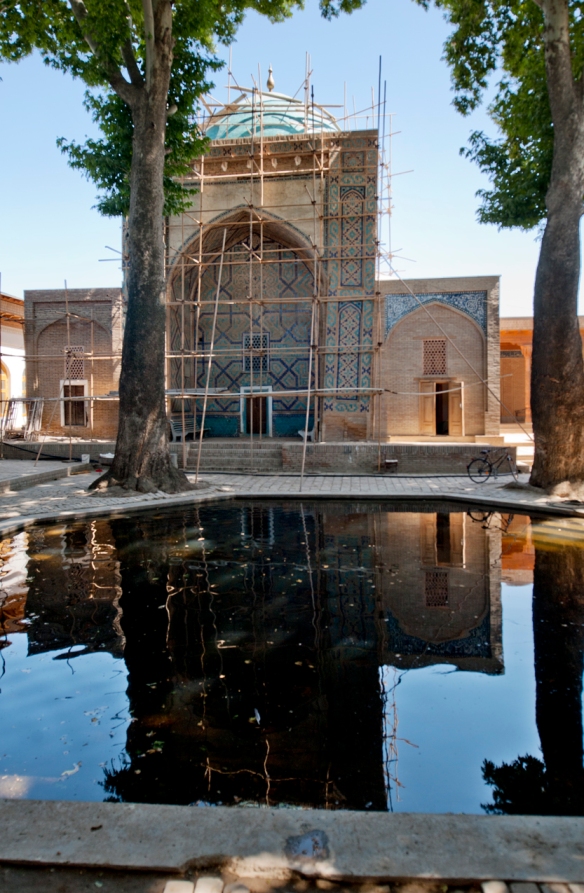 Across the street, there is a mosque and mausoleum complex. Unfortunately, it is currently being renovated, but it was a really beautiful place. The pool in the center is surrounded by four enormous trees that were probably planted when the complex was first built, hundreds of years ago.

4 thoughts on “Mausoleums and Ruins”